Being arguably one of the most eclectic and diversified artists in the EDM/ Pop music scene, Marshmello’s Shockwave album continues that exaltation with this 4th full length album from the anonymous act.

Marshmello’s Shockwave album has strayed away from the ‘Joytime” title theme he’s carried over the last 5 years. And among the extensive track-listing includes some collaborations with other industry tycoons including: Eptic, Troyboi, Carnage, Nitti Gritti, Subtronics, and more.

The faceless Marshmello brand/DJ/ producer saw a rise to fame mid-circa 2010 and ever since then has been a global icon on many fronts not solely related to the original confines of an EDM artist. From his “live concert” within Fortnite to personalized in-game character avatar and appearances on baking show series and on.

Speaking of Fortnite, with the release of Marshmello’s Shockwave Album, the online game has coincidentally reintroduced the very rare Marshmello avatar for a limited time.

With his widespread influence and involvement, regardless of speculation which has circled in regards to who officially wears the helmet, from various sources, it still remains an anonymous brand for all to relate and confide in.

The last full length works, published by Marshmello, date back to 2019 with the release of “Joytime III”. Fast forward to Shockwave and we see a showcase of unique elements without completely dismissing the classic sound and feel of a Marshmello production – a skill that the all white wearing producer has a serious talent for.

This album has been hinted at with constant single releases spanning the entirety of 2021, but officially Marshmello’s “Shockwave” Album is available here:

Or available through multiple platforms here.

As an added bonus, have a look at the albums title track music video, “Shockwave”. This video comes after the debut of Marshmello & Carnage’s music video for the collaborative track “Back In Time” from the Shockwave album. 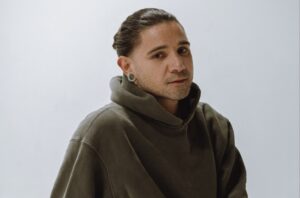 Another Collaborative Skrillex Release, “Supersonic (My Existence)”
On a roll as of late with collaborative releases, Sonny…
News 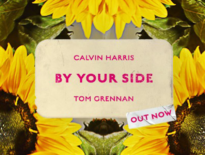 News Calvin Harris’ “By Your Side” Re… 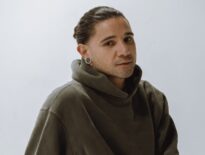