Home »Exclusive Content»Which Dubstep DJs Would Sullivan King Cast For The Walking Dead? We Find Out In An Exclusive Interview With The Metal-step Master Himself!

Sullivan King, a name once labeled “under-the-radar” is now one that any major electronic producer wanting to add that hard rock, or metal flare to their track will reach for. Since starting in 2014, the true rockstar of EDM has collaborated with artists such as Excision, Kayzo, Snails, and Slander, just to name a few. His skillful guitar solos are epically matched with vocals ranging from death metal growls to classic 80’s hair-metal screams.

The low tuning of his 7 string flows perfectly with the heavy bass he produces and the versatility in his style can be easily found in his new EP “The Demented.” The title track combines heavy rock vocals with an insanely catchy hook that leads to a glitchy, ridiculously heavy mid tempo drop that I guarantee will make any crowd leave its feet. Keeping the similar mid tempo vibes going, his Track “Lie” brings a g-house, industrial vibe that even old school ravers would find themselves grooving to. But if you think he was sticking to one style on this EP you’ll be pleasantly surprised with “Show Stopper,” which features Grabbtiz who brings almost a Rage Against The Machine sound to the track with his hip hop vocals and Sully brings the heat with face melting Dubstep drops that he’s become famous for.

To complete the EP, an acoustic version of his heaviest tracks, “don’t care,” is the ironic and happy finish any true fan will appreciate.

During The Apex Tour’s recent stop in Atlanta, we got the chance to meet with Sullivan King and hear about the differences in producing Metal and Dubstep, the similarities in their energy, and we tried to figure out which DJ we would cast as Rick Grimes from The Walking Dead…

So. It wouldn’t be an interview if we didn’t start off with the basics. How did you get in to making music? And when did  you realize you wanted to make a career out of it?

I got into music when I was 11 and started playing guitar and wanted to make a career out of it. Probably just, you know, a few years later after playing guitar and just never leaving my bedroom for any reason other than bathroom and food. So, yeah.

Alright. So what are some of the similarities and differences in the writing process of metal song versus Dubstep in EDM?

Well one is metal, the others dance music. So yeah, I mean it just kind of the core principles of like a dance song is, you know, obviously there’s sort of this tension building drop kind of idea that’s sort of the basis of a lot of Dubstep bass music. Whereas with metal it’s a little different where you’re kind of doing a more song structure, verse, chorus, verse, chorus, whatever breakdown last year at djent band and you do crazy, uh, you know, song structures or whatever. Yeah, but so kind of going into it, it’s just, honestly, the way I write is very similar. It’s very riff based. It’s very sort of like just there’s one melodic idea to it and then kind of branching off of that. But I’d say, you know, vocally metal is very different from doing the Edm stuff is just usually just one or two lines compared to, you know, 60, 70 so. Yeah.

But do you also record your own drum tracks?

I don’t. So I program everything in with a lot of, you know, what do you call it? Just the software and different  programs. Yeah.

All right. So is a Schecter 7 string forever, or could we see you with the 8 string one day?

I don’t think I’ll ever jump to an 8 string, the only reason i did the 7 string was because I had so many 6 strings that I was playing and kind of wanted to just try something a little different. And then when I actually got into blending the metal with Dubstep and stuff, I just found that being able to do lower tunings on 7 string was the way to go. It wasn’t necessarily like what I liked to play most, I actually prefer a plank 6 strings. But just 7 string is sort of like how I was able to adapt everything together. So that’s where we’re at.

Okay. Much like EDM and Dubstep, Metal And Rock have multitudes of sub-genres. The fusion of these can be found anywhere from Kayzo mixing Pop-Punk/Screamo, Phaseone doing his thing with Deathcore/Djent, and yourself with Heavy Metal and Hard Rock. What is it about these genres that make them fuse together so well?

The energy, I think, you know, the fan base is kind of both understand that, you know, if the music is about, not necessarily like being aggressive, but just sort of having a very, very strong energetic basis to it all. At these shows, this is where people kind of have their outlet of getting to just kind of scream and yell and headbang and you know, mosh and all that. And I think that that’s kind of just where everything sits with each other and sort of like that venn diagram where everything kind of just comes together as like that’s sort of just the foundation for all. Yeah.

Is there a sub genre or style of either that has been more challenging to write than you had thought?

Yeah, either one of them.

Not really. I’d say  honestly the hardest thing is writing really, really good hip hop. Which isn’t even like in this kind of genre, but to be a really, really good hip hop artists like. It’s really easy to write simple hip hop, but to do hip hop really well is like complete art form that I definitely learned to appreciate once I started producing.

With The Apex Tour in full swing, what’s one of your first “must do’s” when you get to a new city?

First thing usually for me it’s check out the venue, you know, see what we’re working with for the day, kind of start planning out what I’m going do. And then of course it’s find some good food, try to relax as much as we can before getting sound check and getting to work, you know. we’re only in the town for usually about 12- 13 hours and then it’s boom off to the next one. So we don’t usually get a lot of time, but that’s the way it goes

Yeah. Well speaking of food, you get asked about Los Angeles food a lot, but is there any other city that has surprised you or like, you know, made a special place in your heart with it’s cuisine, while you’ve been touring?

Tons of places. Yesterday we were in Nashville and we had biscuits and gravy and a hot chicken and all kinds of just Southern goodness. And that was awesome. Miami has an incredible Latin food and everywhere I go there’s always some kind of staple.

Had any good food in Atlanta?

No, we actually stopped, ran down the street to Wahlburgers and had food really fast. It’s really good. I mean I enjoyed it. So yes, we haven’t gotten to do much in Atlanta.

Oh Man. There’s plenty, plenty to do. So you and Kai Wachi recently got to go b2b in SLC, If you were to start a duo with your heavy bass counterpart, what would it be called?

When he and I? I have no idea, you know, “King and the Demon?”, “Skull King?” something like that, we figure something out, something brand wise that makes sense.

I read that you are a fan of The Walking Dead, being that we’re in the city that its filmed, who would you cast as main characters if you could only choose DJs?

Oh shit. *laughs* It’s awesome. Like which characters? Well, Dion Timmer can be Carl and I say shit like what, what season are we talking? And I haven’t even seen the latest.

Yeah. So we would do, Dabin can be Glenn or Yulton because they are Asian? That’s not racist, it’s a fact. Who would be Rick? Rick, I’m trying to think who, oh, no. Trampa would be Negan. Oh yeah. Trampa a hundred percent Negan. Then I think for like, for Rick, I mean, I’m trying to think of like an OG like someone’s been around for a while. That would make total sense. Like Excision? Excision’s not Rick though. Excision can be like…not Rick. I’m going to sit on this for a while to figure that out because that’s actually going to bug the hell out of me right now. Should we say like, I’d be like some kind of older, like little older maybe? I don’t know… I think Figure could be Shane. Skrillex is not, I dunno, let’s just put, like I said, Rick could be Deadmau5. I don’t care. Like I don’t even know if that’s just mid thirties really skinny white dude. I can’t figure out Rick, what do you think?

Rusko? Nah he is so… *imitates energetic behavior*  how could it be Rusko??

I don’t know why. He’s the first one that pops in my mind actually.

No, I pick, I say Julian from Black Tiger Sex Machine, He can be Rick, that would be, that’s your best bet as Rick and definitely I would put Dion as his son Carl.

Carl could be Carl now.

Yeah! Carl could be Carl! Eclipse, right? Yeah, this is awesome. I love Walking Dead. I totally forgot it was shot here.

Lastly, for all the Sullivan King Fans out there, what’s in store for us in 2019??

Oh, dude so much cool shit. We got definitely lots and lots of tours and lots of festivals coming up. Lots of new music. I just finished up a pretty cool, actually it is a really cool cover of “Save The World. So my, like my flip stuff. I love taking old progressive house kind of tunes that maybe meant a lot to me 8 years ago and to a lot of people and kind of just give them that metal sort of flair. And so that will be coming out soon, collab with Kai Wachi coming in, and a few other really awesome collabs and songs. So yes, lots of music. The tour, same as always.

And that was it. Awesome. Thank you so much.

One Reply to “Which Dubstep DJs Would Sullivan King Cast For The Walking Dead? We Find Out In An Exclusive Interview With The Metal-step Master Himself!” 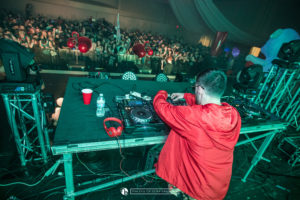 Which Dubstep DJs Would Sullivan King Cast For The Walking Dead? We Find Out In An Exclusive Interview With The Metal-step Master Himself! 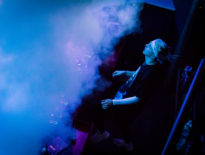 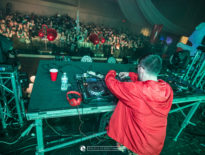