What a beautiful and successful weekend it was at Shaky Beats 2019! Good music, good weather, and good vibes. This years’ festival not only pleased the fans with an amazing lineup, but also a great weather.

The days leading up to Shaky Beats had attendees scrambling for their ponchos and rain boots as the forecast showed high percentage for thunderstorms all weekend. But as anyone from Atlanta can tell you, the forecasts aren’t always right! It’s as if the festival gods themselves reached out and steered all possible thunderstorms clear of Central Park, leaving us with the summer weather we were hoping for!

We got to the grounds as the gates opened Friday to catch an unforgettable set by PAZ. This up and comer mixes all genres of EDM with nostalgic pop hits like “Shake It” and “Complicated” and drops that are almost obsessively perfected to match. From hardstyle and psytrance to old school dubstep and intensely heavy newschool, PAZ’s Set included something for any fan of EDM. Being an EDM lover himself, he knows how to please the crowd and set the right mood. His unpredictable set and sheer energy got the crowd going! We got to chat with PAZ afterwards. You can catch our exclusive interview with him here soon!

With King Of Pops stands on every corner and plenty of shade from the towering trees, it’s easy to find a nice spot to beat the heat and relax before your next set! And speaking of next set, we caught GG Magree kicking things off on the Piedmont stage, bringing heavy bass early and hard to a crowd that was more than ready to headband along with her. The energy she brought was infectious. The scorching sun wasn’t a problem for GG, the Aussie absolutely killed her set while breaking out some crazy moves during Showtek’s “Booyah” that made the crowd laugh and repeat those after her. Going from highly energetic tracks to chill all time favs like Porter Robinson’s “Sad Machine” to some ridiculous heavy dubstep drops, GG sure showed the crowd her diversity and an incredible skill to mix different genres. We got to catch up with her for an exclusive interview as well that will be posted soon!

With the weather staying clear, all worries went out the window. The crowds really started filling in during What So Not. With a crazy tribal looking stage set up What So Not got the crowd waiting in anticipation. He jumped on stage wearing a teal matching set that had… ‘shrooms all over it! What So Not always wears something crazy and memorable and this time he didn’t disappoint either. With his OG tracks like “Jaguar” and  Rufus “Innerbloom” remix he blew away the crowd, showing the fans that they could expect to hear all of their favorite tracks in that skillfully produced set. Chill and euphoric “Beautiful” with Winona Oak was perfect as the sun started setting down.

Big Gigantic got the crowd in the groovy mood with their outstanding live performance. There is something magical about seeing them live. They create a totally different atmosphere, breaking the rules of your typical EDM Festival setting. With their epic feel-good “Good Times Roll” that everyone knows by heart and funky “Brighter Future” tracks, Big G totally stole the show! Their energy along with fresh and rad tunes brought the crowd together. Sexy sax along with a heavy bassline in “Funk We Me” with Snails is a song that anybody would get down too. While “Like That” with NGHTMRE brought  a nostalgic retro feel with the elements of dubstep that pumped the crowd like nothing else.

Next we got to catch another beautiful performance by a Dutch gem San Holo. San Holo always puts his heart and soul in his performance. With sentimental tracks like “Brighter Days” and nostalgic “Go Back In Time” he sure sent the fans down the memory lane. As the sun set completely, the pyros went off with the tune of his famous “Lights” and wonderful guitar solo, San Holo prepped the crowd for the final set of the night- another live performance by Rufus Du Sol. Their melodic and chill set made a perfect ending for day 1 with the weather cooling off as well.

Day 2 brought some outstanding acts, including incredible sets by Ducky, Ekali, Gryffin, Squnto, Party Favor, Galantis, Clozee and last but obviously not least Martin Garrix. The rave gods protected its children once again and the clouds that were about to roll in, got scared away by the sun that saved the day. Shaky Beats couldn’t have been any more perfect.

Ducky brought some insane energy and spread a positive vibe across the dance floor. Mixing hardstyle with some nasty dubstep and heavy bass lines, Ducky is definitely one of a kind. The master of spotless production and sound design, all the way from Belgium Eptic himself was spotted supporting Ducky while she mercilessly destroyed us with her set, meanwhile dropping Eptic’s and Dj Snake new track “South Side” making everybody headbang and go absolutely loco.

As the sun started setting down, the guys known as Galantis were getting ready to play on the main stage. Galantis is no strangers to Shaky Beats, they played a fascinating set at Shaky back in 2017, while it was pouring. This year a Swedish duo was back with a more powerful production than ever. The electro house sounds of “No Money” along with pyros brought out all the festival vibes we were all looking for. “Gold Dust” made everyone feel an eternal joy while their final track “Runaway (U & I)” left an aftertaste of a sad happiness because in a few hours this magical fairy tale was about to be over.

The closing act of Shaky Beats was none other than a Dutch superstar Martin Garrix. Opening up with one of his newest progressive house masterpieces “Mistaken” with Russian EDM legends Matisse & Sadko featuring beautiful vocals of  Alex Aris, Martin Garrix sure knows how to get the crowd pumped. Dropping his OG tracks one after another, he brought up some serious feels with “Latency” and “Animals”, the track that made him so famous. Mixing Valentino Khan’s hit track “Deep Down Low” with weird and wobbly “Lambo” by Quix and Matroda sure made a special effect on the crowd. The bass hit so hard that you could hear the crowd go “whooooa”. The whole 1,5 that he performed was filled with amazing vibes, insane energy and happy atmosphere. “Tremor” got everybody to sing along, jumping and going crazy, while “Together” made the crowd feel all the love. And then Martin closed off with a beautiful upbeat “High On Life” with Bonn, making the fans tear up. Boom. The lights went off and just like that it was over. But we will still remember it for months to go and reminisce this joyful event with the new friends we made. Thank you Shaky Beast! See you next year! 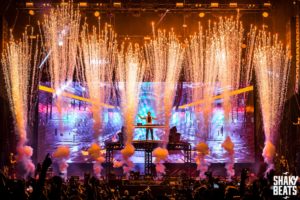 Shaky Beats: Tips and Tricks For Having The Best Time
Shaky Beats is around the corner and you already planned…
News 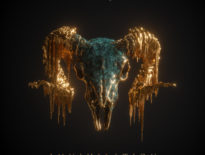 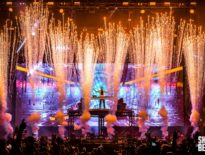 Exclusive Content Shaky Beats: Tips and Tricks For Having The Best T…
0