Malaa and Jacknife havebeen putting out some fire tracks recently. Their new collaboration Revolt is no exception as their second release of the year. The track has a deep house future feel that you can imagine boppin to in a dank warehouse after hours.

Do yourself a favor and watch the music video that Malaa & Jacknife made alongside this track. It’s like an EDM version of the movie Susperia, the cult horror movie. Here is a link to a scene that should totally have Malaa and Jack Knife’s track dubbed over, if you’re not familiar with the reference. If you don’t want to be creeped out 70’s stye, Malaa & Jack Knife’s video really does the track justice.

In the Revolt music video you’re getting a window view of a geometric world with shape changing creatures that start off human-like and morph into the beat. It’s sick, and it’s worth watching. Nicolas Caeyers created the visual component of Revolt.

The track itself goes as hard as the music video. It’s following their latest collab “Addiction”.  It’s a head-banger with a blend of throbbing synths and bass-heavy beats. Which is expected of Malaa. This new track between Malaa and Jacknife, the Australian electro-house producer, really shows their growth as partners.  It is also one of the latest additions to DJ Snake’s label Premiere Classe Records where they are displaying the video on the front page. This track is a good indication of what’s coming next for this duo. 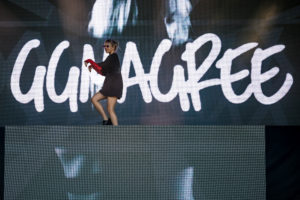 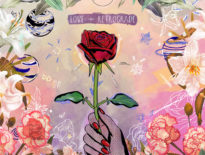 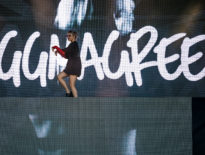