GG Magree, an Australian DJ/Producer/Singer, brings sexy vibes and big statements anywhere she goes. Her bass-fueled sets and GG’s sheer energy make her one of the most exciting acts to catch live. From beautiful originals featuring her own vocals to collabs with big names such as JAUZ, Zeds Dead and NGHTMRE, GG sure knows how to set the right mood. She’s never afraid to act too crazy and bust some ridiculous moves that will get the crowd going. We caught up with GG after her unforgettable set at Shaky Beats and talked about her career path, dream collab with Asap Rocky and comparing Tim Tams to music.

So tell us a little bit about yourself, how did your relationship with music start?

I was in university back in Australia and I was doing property economics and I was just like, “Oh, I don’t know if this is for me.” My Dad actually owns nightclubs, a couple of nightclubs. And he was like, “Why don’t you throw some parties?” And I was like, “All right.” He was like, “Make a bit of extra coin.” I was like, “This is tight.” So I started throwing parties and they kind of got out of control. They turned into like 5,000-people warehouse venues. And he was like, “Okay”. And I was like, “Dad, I think I want to like teach myself how to DJ.” And he’s like, “Oh God, Oh God, what have I done?” So I got this gig at like a pub and I would get paid $15 an hour and I would work for six hours. And I just taught myself how to DJ. And then I started getting booked out more in clubs and then I met my manager who used to be my agent. And then things just kind of started popping off. And then I did a tour back in Australia with NGHTMRE and he came up to me and he was like, “Do you sing? You have such a nice voice.” And I was like, “Yeah, of course I do!” Never sung before in my life but I used to write poetry in school, so I was like, “Cool.” Like I think I got the writing down pack, I just need to learn how to sing. So I took some time and we recorded my voice like in different ways and kind of figured out where it sounded really nice. And then I wrote front lines and recorded front lines. Yeah. So everything’s been like super natural. And like not forced, you know what I mean? I haven’t really been like, “I’m going to do this, I’m going to be the best of this.” It’s all been good. It’s all been really natural and everything that’s happened to me is kind of been like progressive steps.

That’s amazing. So do you sing on all of your songs?

Most of them? Yeah. Actually. Yeah. All of them.

Yeah. All of them.

You’ve got an amazing voice.

Thank you. I’m obsessed with writing music, I don’t know, I’m in the studio like four times a week and if I’m not writing for myself, I’m writing for other people. I’ve written for some pretty fire other people. So. Yeah. It’s cool.

When you perform you always have an insane energy and crazy vibes, are you the one inspiring the crowd or does the crowd inspire you?

It’s both. It’s like if I play and people aren’t really moving that much, I’m like,” All right, this is a test. They’re challenging me and I love the challenge.” I’m like slightly psychotic, but it’s totally fine. And you know, so I just push myself harder and eventually I get everyone dancing and I’m like, ‘TUTUTU’ *imitates victory noises* You know, like “You won! KO!” Yeah. That kind of thing. But it goes hand in hand. You know, the crowd’s energy is super important and that’s why I try to be really receptive with the crowd because if I’m having a good time, they’re gonna have a good time, it goes hand in hand, you know.

Okay. So what are some things outside EDM that inspire you to create?

Wow. Okay. I know that you have some amazing collabs with other artists. What is your dream collab whether it’s EDM artists or anyone from any era?

It’d be like Skrillex, Marilyn Manson and Asap Rocky.

Never thought about that one before!

This is an interesting Combo right here.

Yeah, I just feel like that vibe, like the four of us together would just be like sex, you know what I mean? It would be so fire!

This is your first time playing Shaky Beats, how is it different than other festival you played before?

I feel like all this staff are really nice. And for me that is such a big element because they make you feel really warm and welcome and they’re always like, “Can I get you anything GG?” And everyone’s really nice. Plus I really liked the location. It’s in a pocket in the middle of the city. That’s crazy.

Have you had a chance to go sightseeing?

No, I literally landed this morning at like 9:00 AM, went to my hotel, made some edits for my set and then came here. So I haven’t done anything and then I leave this afternoon to fly to Mexico, so.

Oh Wow. Well you definitely should try some food.

Yeah, I will. I will. Definitely.

You tour a lot, what is the most memorable experience you’ve had so far?

I think it was my first ever Red Rocks. I released one of my singles, my first ever real single, like a solo single called “One By One” And as I was performing it at the end of my set, it started raining and then like a sun shower happened and I got a double rainbow and then it stopped as soon as I finished.

My best friend passed away when I was younger and I was like, “Oh my God, you did it My Dude,” you know, it’s one of those moments where you’re like, feel so connected and you’re in the right place at the right time. That’s why  with music, I just don’t over think it. It’s a process. Just follow the path without sounding too like, “You’re on the right path.” You know what I mean?

We want to know what is your favorite flavor of Tim Tams?

We talked to Just a Gent and he said the original is the best as well.

All right, so I’ve got one more question for you. So What’s in store for GG for the rest of 2019?

So much more music. I felt like last year I was kind of like a baby about putting out songs. I think I put out one song in the whole year and everyone’s like, “What are you doing?” And I was like, “It’s coming.” I just wanted everything to feel like it had a place in my music career. So it’s just like I have a bunch of remixes coming out. I have a single coming out, I think in like the next month. I have a collaboration coming out with a rapper. And then I’m dropping a full EP by the end of the year. Yeah. It’s going to be a big year. I spent the whole of last year really zoning in on what I want people to understand about GG Magree and like musically, and I wanted to, I don’t know, I want to be different. I want to have my own voice, which I feel like I already do now, but I want it to be dominantly mine.

Thank you so much. 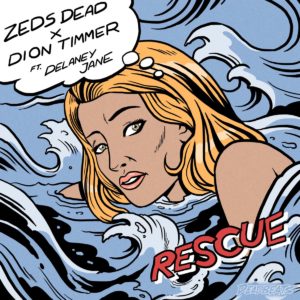 Rescue-Zeds Dead and Dion Timmer.
From the founders of Dead beats, Zed dead and The…
Exclusive Content

Exclusive interview with GG Magree at Shaky Beats ‘19: GG talks about her Shaky Beats experience, her beginnings, and compares music with Tim Tams. 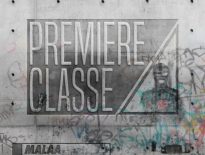 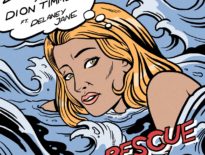