Not only did Malaa destroy his set at Ultra this year in April, but he just released an EP with five remixes of his top song “Addiction.” Topping the charts with six of the ten most popular songs on Tchami’s label Confession, we’re confident Malaa knows how to throw down future house music. This album features artists like Gaba, Jackknife, and Hooders. Each artist tweaks the song to their liking adding some surprising bass and deeper house sounds where they see fit. Here’s a breakdown.

Gaba throws in some added short beats throughout the entirety of the track to make it his own, reflecting his own songs like “Cat Business” that he released in April. Nearing the climax of the song, Gaba throws some higher pitches tones in to contrast with the deeper house giving it a more balanced feel by the end of the track.

Hooders begins to mix “Addiction” by adding a techno feel to the initial beat that Malaa presents. After this, he speeds up the beat to highlight its techno qualities he added, rather than leaving this portion untouched like Gaba. Finally, he extends the vocals Malaa presented by bringing them to the forefront, manipulating them to give a trippier vibe.

Thankfully, Jacknife turns this house classic to something we can finally bang our heads to. Instead of the continuous beat like Malaa gives in his future house version, Jacknife shows he can turn anything into a bass drop by starting out the track by an intense build-up. He utilizes the vocals as part of his build-up to manipulate the song, changing its genre from future house to something more like techno bass house. For all the headbangers out there, this is your worthwhile track.

Koos seems like he can create a hit with any song after hearing this remix. His take on Malaa’s original house track includes adding specific sounds to accentuate the deeper house beats where they’re present and introducing a steep drop within the first minute of the song. This is signified by the OG sound of a mixing board, then we hear deep wub sounds to carry the drop into the second minute. By the end, we are feeling those ‘after 1788-L’ feels of robots raging. If you haven’t heard of 1788-L, check them out here where we highlight their sound.

In this remix, Kramder gives us some airy sounds to contrast the gravity of the vocals in the song. It highlights more upbeat house tones, unlike the deeper path that other artists took with Malaa’s original. This is a happier take on the song equipped with video-game beats. I’d compare it to one of Kramder’s top songs “Groove Sauce,” by saying he definitely brought the groove on this track.

In summary, this album full of remixes may seem to be underwhelming because of its single-track nature, but it provides a variety of sounds from airy bass to deeper wubs leaving us fully satiated. Malaa gifted us with his single “Addiction.” He gifted us again by giving us this full EP of its remixes. So finally,  thanks Malaa, and we look forward to another open canvas for DJs again soon. 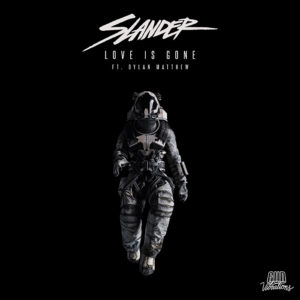 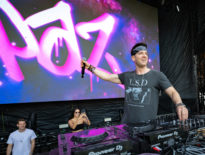 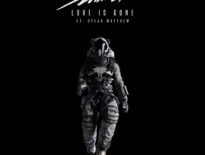