Home »Exclusive Content»Exclusive Interview with PAZ at Shaky Beats ’19: PAZ opens up about his debut experience, his inspirations and love for good memes (watch him recreate his favorite vine!)

Shaky Beats 2019 pleased the fans not just with some major pioneers on the lineup but also with some promising up and comers like PAZ. His unforgettable set was nothing but fun. PAZ is never afraid to break the barriers of the EDM genre and mix all kinds of tracks in. From hardstyle to trap to old school Dubstep to all time favorite nostalgic tracks like “Complicated” by Avril Lavigne and “Shake It” by Metro Station, PAZ sure knows how to get the crowd going! His thoughtful sets are almost obsessively perfect, making him one of the most memorable artists to see. We caught up with PAZ after his set at Shaky Beats and talked about his inspirations, his Shaky Beats debut, and being a true fan of the music he plays. (Also we might have got him to recreate his favorite Vine…)

Anastasiia: So tell us a little bit about yourself. How did you come about your name?

PAZ: That’s my name. That was easy. *laughs*

Anastasiia: I mean, yeah, but you know how a lot of artists just choose different crazy names that don’t mean anything. So you decided to use your actual name…

PAZ: Yeah, I never really met anyone named Paz before and everyone just calls me that so often so it’s stuck. It means “peace” in Spanish.

Anastasiia: For your original beautiful and nostalgic tracks like Fall Back To You, where do you find inspiration to create whether it’s EDM related or not?

PAZ: Where do I find the inspiration to create songs….I think every song is different. You know, I think you just sit down and you know, whatever’s been running through your head that particular day or what’s been running through your head in that particular month or year… these things just kind of come out. That’s what expression is. It’s just putting into music what words or other things could not. Also Malt liquor *laughs*

Anastasiia: That is awesome. So you used to go to festivals as a fan, which is more fun to be in the crowd or on the stage?

PAZ: Both are awesome. For totally different and for similar reasons, actually. I think the two best places… I’ve now gotten to see a show from pretty much everywhere you can see a show. The two best places to see a show are from the stage and from GA. I still go to shows and go in GA because the energy, just like the sweat, everybody being together and screaming the songs, there’s nothing that can beat that. And then also being on the stage and being the person who’s leading that and inspiring that…nothing can beat that either. So it’s like both of those are kind of the best of both worlds.

Anastasiia: Okay. So this is your first time performing at Shaky Beats, so what is your experience so far and how’s it different from the other festivals?

PAZ: It’s been amazing, what an awesome festival. I love it. It’s my first time in Atlanta. The energy in Atlanta is off the wall. The crowds are great. I didn’t really know what to expect. I didn’t know if it would be an energetic crowd or a laid back crowd. It’s energetic for sure. There’s a lot of energy in Atlanta and I got to experience all of it.

Anastasiia: Awesome! Your sets production is very thoughtful and time consuming, tell us about your process, how do you find the right track that goes along with all time favs like “Shake It” or “Complicated?”

PAZ: It’s a lot of trial and error. I take a really, you know, kind of an obsessive approach to my live set. I think it’s because I got into EDM as a Raver, so I’ve seen so many sets and listened to so many sets that I know what I wanted, you know? I know what I want out of a DJ set. And I spend probably a whole year collecting tracks and ideas. And then I spend like the last month to two months of the year putting everything together, making all the edits. My set is all my originals and all my edits. There almost isn’t one track in there that I haven’t touched in some way. So I think it’s just, like a sort of psychotic obsession *laughs* I will sit there, you know, for hours and hours just trying drop after drop after drop. And if one drop doesn’t work, I’ll change the key of the drop. And if that doesn’t work, I’ll edit the drop to make it, you know, hit a little harder or have just the right energy. And if that doesn’t work, I’ll add drums. You know, and I think the best sets I’ve seen are like the most thoughtful and I think that’s kind of what I want to do is put as much thought as I possibly can into everything I do.

Anastasiia: So you started this whole Sk8er-boi-moshpit-thing. How did you come about that?

PAZ: Oh, I just love that song. *laughs* I don’t know. I think nostalgia is probably one of the strongest triggers of emotion and you can kind of see, you know, when you’re playing songs that everyone knows, you can see whether it’s like a house-head or like hardest basshead man, woman, gay, straight, black, white…You can see everyone in the crowd has heard these songs and has like positive experiences inside of them… So when you drop these songs, like “Sk8er Boi”, you can kind of see it in the crowd. Like all of a sudden, everybody’s connected for like that one moment and you hear that “OHHHH” You know what I mean? And when you hear that, to me, that’s like the ultimate compliment when you hear that, “ohhhh!!.” I try to go for that at least 10 times a show. Like those “Oh” moments.

Anastasiia: And then you have a Sponge Bob theme song!

PAZ: Same exact thing you know? It’s like, who doesn’t have a positive memory tied to Sponge Bob? And you hear that and all these positive feelings come rushing back. Feelings you might not have felt since you were a kid, you know, back when things were a little simpler and you know, a little easier. And we were all just a bunch of kids having a good time. And I know that when I’m in a crowd and I hear songs like that, that’s what excites me the most and that’s what I want to bring in my sets too.

Anastasiia: Gotcha. Your sets vary from Hardstyle to Trap to Dubstep and to even Vine quotes. What is your favorite vine or meme in general?

PAZ: Well it’s interesting you said that because at some point I realized when I was making my sets, I was like, you can choose from any song ever recorded in the history of recorded music. You have anything, you can choose anything! Like you can play a fucking show tune if you want, you know? You can play a TV commercial. I had a set once where I dropped like the Reese’s puffs cereal commercial just because like it affected me, you know? And it’s fun! And EDM is fun and we should all be having fun. That’s kind of how I approach things. But, that’s kind of what’s behind my set varying so widely. And my favorite meme or my favorite vine has gotta be, “What the fuck is up Kyle?” No joke. I’ve probably watched that Vine…. I have to have seen it 5,000 times. Sooo much. I can definitely recite it, “What the, what the fuck is up Kyle? No, what did you say? Dude what the fuck dude. Step the fuck up Kyle!” I don’t know if that’s something to brag about or not, but thank you.

Anastasiia: That was priceless! That was awesome. So we’ve got one more question for you. So what is in store for PAZ for the rest of 2019?

PAZ: This is the first year where I’ve gotten booked for a lot of festivals consecutively, which is probably like one of the most exciting things that’s ever happened in my career… Because I remember playing so many shows where, you know, I wasn’t playing for anybody and I was playing for free or I was the third opener going on at 9:00 PM. And to suddenly be in a place where I’m getting to play all these festivals that I’ve grown up dreaming about playing is probably one the coolest fucking things in the world. So yeah, this year is just all about experiencing new things and getting to do things I’ve always wanted to do.

Anastasiia: That sounds amazing, We can’t wait to see more. Thank you so much.

PAZ: Thanks a lot. 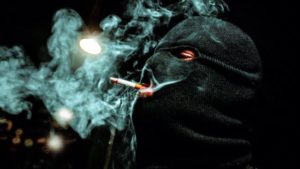 Exclusive Interview with PAZ at Shaky Beats ’19: PAZ opens up about his debut experience, his inspirations and love for good memes (watch him recreate his favorite vine!) 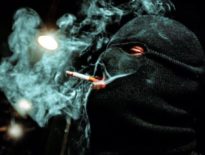