Home »News»Shaky Beats Excites With Multiple Days Of Spring Time Vibes In Atlanta; A Local’s Guide To artists & The City Itself.

Shaky Beats returns to its new location this May in Central Park, just a few blocks from the ever eventful Downtown Atlanta. In the past Shaky has brought a mix of EDM Chart toppers such as Zedd and The Chainsmokers, to heavy hitters like Excision and Slander, but this season they are bringing a slightly more chill vibe. Shortening the usual 3-day fest to 2 and curating a lineup that includes less heavy bass than usual but instead an eclectic mix of electro house, live electronic acts, and the ultimate headliner in Martin Garrix, creates a lineup that flows with the perfect vibes for an outdoor fest in the beautiful Southern spring.

With two main stages (aptly named Peachtree and Piedmont) just a short walk from each other, the location at Central Park seems to give each stage its own secluded feel. One that feels like you’re nowhere near a major city, yet you can look up and see the beautiful Downtown skyline behind you while dancing to your favorite tracks, and vibing with the squad you love. If you’re feeling adventurous, or maybe you just want to get away from the mainstage for a bit and explore, at the two smaller stages (Crimnal Records and Ponce de Leon Stage) you’ll find shaded areas to lay back and enjoy the sounds of artists from all realms of EDM subgenres.

Don’t get me wrong, while the bulk of the headliners may be more of a mainstream daydream, there’s still plenty of artists that’ll bring the heavy drops, fast paced rhythms and nasty beats… But you may have to get there a little early to catch them all! From chopping riddim with Squnto, to the fast paced happy hardcore from Ducky, the earlier set times seem to bring all the energy this year, which is perfect to enter the nights with chill sets from Rufus Du Sol and relaxing to San Holo strumming his guitar.

But with a major festival ending at before midnight in a city that seems to come alive that same time, some people that have traveled from out of state may be wondering, “Well….what do we do now?” And as someone that prides himself on showing what my city has to offer, I have a few suggestions.

If you’re not quite ready to head back to the hotel, Shaky Beats just announced their official After Parties that include headliners like Big G, Boogie T, San Holo, What So Not, Galantis, Squnto, Chris Lake and others.

And if Shaky Late Night Shows aren’t appealing, there’s an enormous selection of bars to choose from, all just a short Uber ride from Central Park. If you want to avoid the touristy, crowded bars of Lil’ 5 Points, but still want the dive-bar, grimy, alternative type atmospheres, there’s East Atlanta Village. An intersection of bars and venues that is a true showcase of diversity in itself. From metal bars to a hookah lounge, there’s something for everyone in EAV. I suggest checking out The Basement if you’re wanting to keep the dance flow going, or any of the many patios if you’re in more of a chatty mood.

But If you’re looking for heavy, on Friday night you can catch Midnight Tyrannosaurus and Kai Wachi bringing the heaviest lineup of the season to District Atlanta, for one of the only Shaky Beats (unofficial) after party! The venue features insane lighting and lasers with a soul rattling sound system, guaranteed to wake you up after spending all day raging with the crew.
If you’re looking to get some brunch or grab a quick bite to eat close to the festival grounds, my top selections would be the Midway Pub (try the chicken and waffle sandwich… it’s insane), the Ponce City Market food court (hit the rooftop for some carnival games and minigolf!) and Folk Art (it’s Guy Fieri approved!).

And My final advice for trying to have a fun weekend in Atlanta is simple: Share the hospitality you receive, and if ANYONE suggests to go to Clermont Lounge, GO. 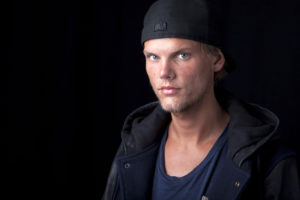 Shaky Beats Excites With Multiple Days Of Spring Time Vibes In Atlanta; A Local’s Guide To artists & The City Itself. 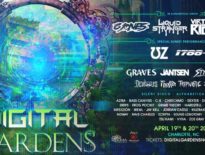 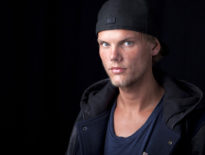