In the midst of his tour, electronic future bass artist Getter publicly canceled any plans to continue his rendezvous heading to the Northeast US and Canada.

The GETTER Presents: Visceral Tour has been canceled. I repeat: the tour is shut down by Getter himself as of yesterday. Getter’s twitter comment with the news had the simple saying: “you win.” It’s accompanied by a note describing the pain the EDM world is showing him because of the new vibe he’s undertaking. You can read his full release of this info here. To whoever wants to make their point for Getter: you won. The rest of the EDM scene has taken a fat L.

Due to overwhelming amounts of ‘fan’ criticism, Getter indicated the backlash is too much for his mental health. His new take on his latest album, Visceral, spins on a Jai Wolf vibe more so than his previous efficiently head-banging material. Needless to say, these notes are quite different. But it begs the question: Isn’t Getter entitled to play the music he wants?

Visceral holds an array of sounds different from what he normally gives his imploring fans. His song “All Is Lost” with nothing,nowhere. holds an airy vibe similar to what EDM fans love about Kasbo, ODESZA, and even Ekali. The feeling of hearing these future bass drops is somewhat euphoric in itself and repeats throughout the album. It’s shown through “Release” featuring Midoca as well. “Hold On Tight” with Njoma carries this uplifting feeling through, adding on some extra high-tone bass beats. So, what’s the big deal? In comparison to his bangers, Getter is holding back. Still, that’s no justification for the responses he received.

How did this begin?

It all started in Houston, where he continued to play after fans consistently booed him during his set. He commented on the feedback with this tweet:

Unfortunately, the terror for him didn’t stop there. Fans continued to talk down Getter’s sets at each stop on his tour. At BUKU Music & Art Project, Getter took the main stage at The Wharf and blew minds with his intense rupture of ‘Solo,’ a much-loved part of the Visceral album. Even with that sigh of relief from a willing crowd in New Orleans, the tour continued in Athens, GA and Atlanta, GA and concertgoers were still reluctant to accept this new vibe. This social-media driven outrage led Getter to cancel his remaining tour dates in Philadelphia, Boston, Chicago, Detroit, and even more.

At some of these shows, Getter even released his Terror Reid side, an angsty hip hop surname he goes under, with surprisingly good rap taste. Here’s a small leak of his alter-ego: https://soundcloud.com/terrorreid/the-otha-side

All in all, if you’re looking for a “cookie-cutter” show like he describes, Getter Presents: Visceral isn’t it. This is obvious in the name itself, as Getter played mainly his newest album at his shows. He displayed some rhythm we haven’t seen in the EDM realm in a while. It’s a shame he was booed for his passion changing direction.

Please tell me there’s something more…

Not only that, but Getter confirmed that Visceral was his LAST tour. Ever. We can only hope that Getter regains some inspiration from the fans he’s got left, who are holding on for one last peep from him about what’s to come next. He proudly announced that his performances at Paradiso and Lollapalooza are still standing. We can thank the electronic music gods for this. But with what’s to come from an individual artist like Getter in the future, there’s no guess. 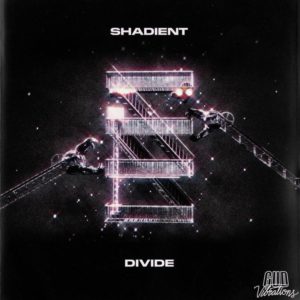 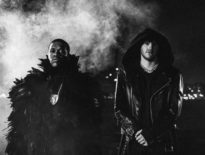 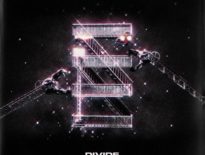