DJ and producer NIGHTMRE recently shared with the EDM community his plan to focus a bit more in the rap/hip hop game. Little did we know he’d be dropping one of the most unexpected collaborations of the year. NIGHTMRE has partnered with one and only ASAP Ferg on their newest bass-heavy single, “Redlight”.

These two artists are both very talented yet very different. Still, they put their creative genius to work and produced a brilliant track. “Redlight” begins with ASAP Ferg’s powerful verses followed by a dark and griddy beat. Throughout the entire song NIGHTMRE is coming at us with a number of grimy beats and hard drops. Specifically we hear a huge influence from a sound attributed to “festival style trap”; a rowdy, screeching synth sound that compliments the vocals of Ferg’s vocals so brilliantly.

NGHTMRE’S bass shaking and hard-hitting production has caught the attention of his old fans and now new fans after the blend of genre and cultures. But the two didn’t just release an edgy song, they filmed a dramatic music video to go with it. The opening scene is of the two in all black and ostentatious outfits as they start to provoke chaos all around them.

The music video consists of cars being wrecked, fires, eerie sirens, sinister voices and even a few trippy visuals. Everything went perfectly with the dark and grungy beats. It’s a very suspenseful video that suits the song. I’d expect a lot more to come from these two. “Redlight” single and music video out now. Watch and listen here. 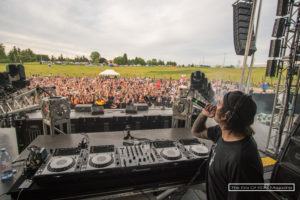 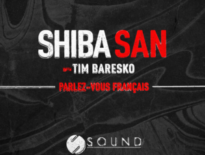 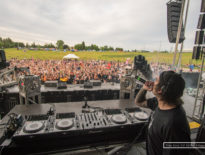