Home »News»Everything You Need To Know About Lost Lands

Lost Lands has us wiping away our tears because Legend Valley, Ohio is so far away. On the other hand, I am amazed at the lengths I will go to see my favorite artists. On September 27th-29th, bassheads will throw down to some spacey Wakaan DJs, Excision himself, and his B2B we can’t stop talking about: Illenium. What a combo!! Check out this hype video Excision posted on his Twitter here.

If you aren’t interested in the Excision B2B Illenium set, there are plenty of options to choose from as long as you have one requirement: the heaviest bass. Funtcase, from England, is traveling to Legend Valley to throw down. 1788-L is making an appearance as well. The Wakaan Club: Space Jesus, LSDREAM, Liquid Stranger, Peekaboo, and more will be mixing late into the night as well.

How do I get there?

Regular admission to the festival is running for $229 right now with regular GA camping for $99. If you aren’t bringing a car, you can choose to tent-only camp for only $49, a new addition for 2019. Unfortunately, RV camping is already sold out, so get your group together quick for this one. The sweetest deal is the long haul shuttle, though it may be expensive, it can truck people in from Chicago, Detroit, New York, Cincinnati, and DC.

For those concerned about camping, they have specific guidelines on the website how and where to park your car. Also, they show tent sizes that they accept. Lost Lands has expressed deep concern on their website about camping and making it as perfect as possible to all campers. They have added Wednesday Early Entry to spread out traffic and even added a quiet camping area for those who want some shut-eye. Watch out though, there’s security around the quiet camping zones, so seriously… be quiet.

The coolest things they’ve added this year, however, are the late-night sound camps. These camps are usually located outside the venue in the campgrounds, but are now inside the main venue. That means dinosaurs, lights, and late nights can be right where all the events happen during the day. This is where up and coming artists perform, and it’s a real showcase you won’t want to miss. Better yet, the festival area will be open the whole time that the festival is going on.

As we can see, Lost Lands provides a home for bassheads all around the world. In addition, it’s an attraction to the community around the area of Thornville and Legend Valley. Look at this heartwarming Facebook post by the creators of Lost Lands:

Excision stated his number one goal for this festival is “to create the best music festival experience for headbangers worldwide.” That, he has. We will see in September how hard the bass rumbles through Legend Valley. Until then… I’m going to vigorously Google plane tickets to Ohio.

That’s A Wrap, Coachella 2019 [Recap]
Here's to another two-weekend fest that will never get old.…
News

Everything You Need To Know About Lost Lands 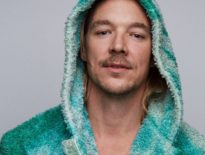 News Diplo Joins With Vocalist Tove Lo For An Eclectic … 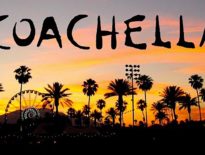