Auckland artists Nick Chrisp and Will Thomas took their love for music and created SACHI-the newest DJ duo with a fun EDM flare.  These two DJs just finished touring with another music duo called Phantoms. During their US/Canada tour they stopped to play at major cities like Toronto, Chicago and NYC to name a few. Check out my interview with SACHI below…

How did the two of you meet and what inspired you guys to form SACHI?

We met in elementary school when we were 5 years old! We started playing in bands together for a few years and then eventually got into electronic music and started SACHI.

I know you guys threw a USB into Diplo’s car when he was in Auckland, what made the two of you come up with that idea? How did you react when you found out he played your music on live air?

We were doing that a lot already before we were making music as SACHI, just trying to find our favorite artists and get a selfie or get them to sign our record. One day we just did it and bought a USB with our EP on it. It was very surreal when he played it on his BBC show. We couldn’t really believe it was happening. Diplo was the first person to actually give us the time of day so we owe a lot to him!

When it came to finding your sound, were there any challenges or did it come naturally?

Not really! We never put too much thought into it, we let it flow naturally and just made music we would want to listen to.

Did both of you always have aspirations of being DJs or did you guys have another career prior?

From a young age we knew that we didn’t really want to do anything else. We both did a year of college but quickly realized that wasn’t for us.

What advice would you give someone just starting off in the music industry?

Start by going to gigs by local artists that you like. Being a part of the communities around music is super helpful. Don’t be afraid to put yourself and your songs out there.

In regards to your music videos, what is the inspiration behind your visuals?

For us the visuals are just as important as the music-it’s something that’s often seen before the music is heard. We’re inspired by many different things, from art to architecture. We try to make our visuals align with the energy of the song, try to make the visual embodiment of the music.

Your first debut tour just finished up, can you elaborate on the experience you both had? What were some of your favorite cities you played in and why?

It was incredible, we were supporting our friends Phantoms around the US and Canada. Playing our songs to people in all these cities we’d never been to before was so rad, and we met so many lovely people along the way.
There’s something special about New York. Just walking around the streets is inspiring and stimulating.

How was it being on the road with Phantoms and how did the opportunity present itself?

It was great! They’re legends, we have really similar tastes and influences musically and our dumb senses of humor are very similar, so we were all having a ball. We love Tito’s now. The boys are on the same label as us, so our name came up when they were discussing support for the tour.

Can you give your fans some insight on any upcoming projects?

We’ve been working on so much music! You’ll start hearing the first of it early next year hopefully.

Have the two of you considered moving to the US or do you see yourselves staying in New Zealand?

We moved to the US in May actually. We are in New Zealand at the moment for a run of festivals and taking some time to record down here, since the summer seasons in the northern hemisphere and the southern hemisphere are opposite. It’s great, we pretty much stay in Summer the whole time. We stay tanned!

Who are some of your biggest musical inspirations?

It changes all the time but at the moment SOPHIE, Daft Punk, The 1975, Groove Armada, Flume and Disclosure to name a few.

What do you want your audience to take away from your music and live shows?

Great question! We hope that they share the love and enjoyment from the music that we share with the music of our favorite artists. With our live shows, we hope it’s a space that’s a momentary break from the outside world, where people can be themselves and have a fun night out dancing with friends.

There’s a lot in store for these two talented artists. I think we’ll quickly find them at the top of several dance music charts. Until then, keep up with their journey on social media @wearesachi on Instagram and Twitter! 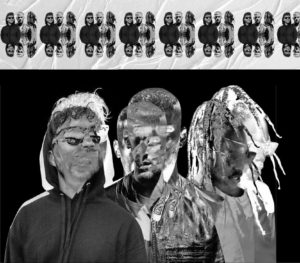 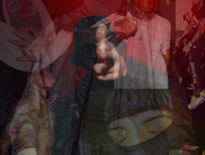 News Getting Grimey with WARDOGZ 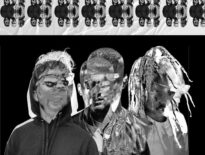