2022 is just beginning, and it’s already been a huge year for revered dubstep DJ Subtronics. Relentless Beats sat down with Subtronics ahead of his first headlining arena show in Phoenix, Arizona to get the inside scoop on his journey to stardom. This six-minute video marks the second installment of The Relentless Pursuit mini-doc series, which profiles artists with the passion and drive to achieve their goals, regardless of the challenges.

“Headlining my first arena in Arizona was an insanely awesome experience. I am super thankful every day that this is my job,” says Jesse Kardon, better known by his alias Subtronics. “I remember all of the empty rooms I played in over the years, so to have my events in arenas and places like Red Rocks is beyond surreal.”

Starting at the bottom playing at dive bars to now selling out shows, Subtronics has truly worked his way up to be a favored DJ in the EDM community. This artist discovered his love for electronic music in high school where he got his first taste of dubstep. Heavily influenced by artists like Skrillex and Excision, Subtronics immersed himself in the world of production and began shaping what is now known as his signature sound.

Subtronics released his first full-length album FRACTALS on January 13, 2022. Consisting of 16 tracks with features from Zeds Dead, Boogie T, and Grabbitz, this record has been well received by fans and drawn attention to this curious DJ. With a steady mix of dubstep, bass, and everything in between, this album is a prime starting point for those wondering what Subtronics is about.

The release of his first album was just one recent milestone for this DJ. Subtronics is hosting The Fractal Tour this year, and will be bringing his music all around the US with a gang of awesome additional guest artists. With shows quickly selling out, this is building up to be a groundbreaking year for him. Stay connected with Subtronics via Instagram, and keep an eye out for more installments of The Relentless Pursuit series on http://relentlessbeats.com/. 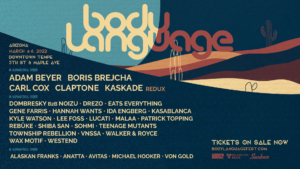 Subtronics Takes On The Relentless Pursuit 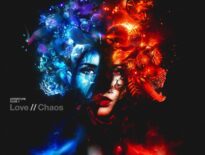 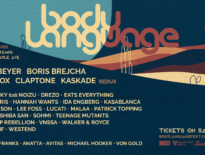