Brace yourselves. Electronic-crazed fans are raging over Porter Robinson’s newly announced Second Sky Music Festival. It’s a two-day self-curated event happening in Oakland, California on June 15th-16th! He released the good news on March 4. Porter delivered the info to his followers via Twitter, who were anxiously awaiting a return from his alter ego, Virtual Self, a techno-house take on Porter’s more liquidelic taste. He plans to co-curate the festival with Goldenvoice, an entertainment segment of the Anschutz Entertainment Group. These talented individuals helped produce Coachella and Tyler, the Creator’s Camp Flog Gnaw Carnival.

Since his turn to Virtual Self, bass-driven fans have been drilling Porter’s profiles. They are pleading him to return to the electronic world with something more. Lucky for us, Porter posted earlier this year, revealing he is doing something with “so many of (his) favorite artists.” Finally, his hinting towards something exciting with these DJs is on the horizon. Madeon and electronic-pop producer Kero Kero Bonito are some of the first to be proudly announced on the festival’s home page, secondskyfest.com.

So… what happened to ‘Multiverse’?

Starting out, “Multiverse Fest” caused some negative feedback on Porter’s end. Unbeknownst to him, it’s already a name in the Oakland area for a donation-based music festival. “The Multivrs is Illuminated” originally collected funds as “The Universe is Lit,” then changed their name in 2018. This non-profit festival originated with LGBTQ artists working in electro-pop along with some local artists as well. Their team openly asked Porter Robinson to reconsider his use of their brand on Twitter.

As a result, Porter has changed the name to “Second Sky” in order to alleviate the pressures and make peace with this group.

How can I get there?

The festival will be held at Middle Harbor Shoreline Park, lying right inside the Port of Oakland. Multiverse is an 18+ event and tickets range from $225-$215 per day on their official resell website: https://lyte.com/SecondSky/Second-Sky-86755/, covering the event and access to the festival grounds. The event will take place rain or shine. Unfortunately, no hula hoops, LED lights, or gloves are allowed inside the venue. Sorry, flow lovers! Besides that, feel free to sport your GoPros and Polaroids and have a blast! You can find a full list of items that are and aren’t allowed here: https://secondskyfest.com/allowed-items/.

Tickets sold out in less than five minutes when pre-sale access opened to the public on March 13th. That’s why Porter and his team are providing a safe alternative to ticket swapping on lyte.com. Stemming from that, Porter added a second day to the mix because he was heartbroken to see any of his fans miss his ONLY Worlds set of 2019.

What artists will be there?

Want to know who’s participating in the festival? Take a look at Porter’s Twitter account. He just announced Chrome Sparks, Cashmere Cat, and Wednesday Campanella to headline. We can’t wait for more news.

Porter compliments his co-creators attending the festival all over his social media profiles. He admires Chrome Sparks work, saying it “has felt inventive and forward thinking across multiple albums without ever losing its signature.” As we see here, he follows this same loving vibe for each performer he adds to the lineup. This shows he is sure to give us the most diverse and airy lineup to make it worthwhile. Finally, take a look at Porter’s curated playlist for the festival on his Spotify page, at this link, called “Porter Robinson’s Second Sky Music Festival”: https://open.spotify.com/user/porterrobinson/playlist/1H163taKSeBERTtCu3R7bp?si=_lk-bA6PRK2LZ_XJIHt7VA

In conclusion, it’s officially time for us rePorters to start freaking out. 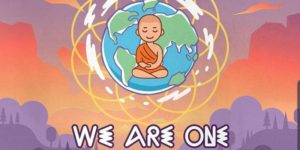 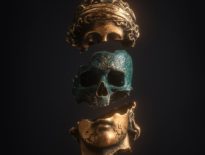 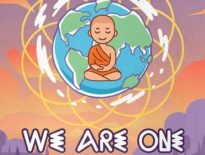