Swedish House Mafia has resurfaced with a new album, Paradise Again, coinciding with their monumental appearance at Coachella 2022. This release is groundbreaking, and marks the first Swedish House Mafia album in nearly 10 years.

The album has been a long time coming for this beloved supergroup, consisting of Axwell, Sebastian Ingrosso and Steve Angello. These icons have ruled the dance music scene globally since their formation in 2008. Together, they have produced timeless anthems such as “Don’t You Worry Child” and “Save the World“. Their music has touched millions, but it wasn’t always smooth sailing for this group. In 2012, Swedish House Mafia shocked the world when they announced their plans to disband, closing out a chapter of their story with the “One Last Tour“. Fans went through a dry spell until March 25, 2018, when the group reunited through a surprise closing set at the 20th anniversary of Ultra Music Festival in Miami. From that point on, the only place to go was up. Swedish House Mafia dropped their comeback single “It Gets Better” in 2021, along with the promise of an impending album release.

Paradise Again brings us a new era of Swedish House Mafia, and of course, some much appreciated new music. “When we decided to run it back, I felt that naiveness,” Angello explained. “I felt that there was no judgment, no expectations. I didn’t expect us to go back and do ‘Don’t You Worry Child,’ part three, four, five and six. We were just like a fresh new page, and that made me feel like I was 15 again.”

Comprised of 17 songs, Paradise Again is innovative and expands beyond what we’ve already seen and admired from this group. The single “Redlight“, which was released in early March, is a techno lover’s dream, complete with vocals from the legendary Sting. This album is adorned with features from other prominent artists, including Ty Dolla $ign, A$AP Rocky, and The Weeknd.

If the reunion of this supergroup and a brand new album wasn’t enough for you, wait till you hear about their upcoming tour. Swedish House Mafia will be back on stage together for the course of 2022, embarking on a massive global tour. We can look forward to hearing some of their new songs live, and of course all of the SHM classics. The future is bright for this group, and they will continue to dominate the scene as if they never left. Check out tickets for the “Paradise Again Tour” here. 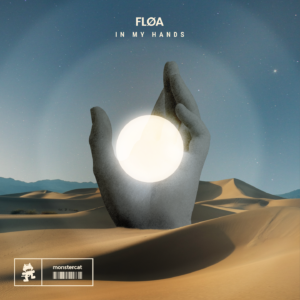 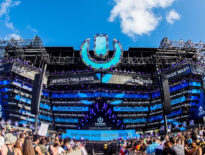