Home »News»Odsen Transports Us Back To Autumn

Spanish producer Odsen has returned to Monstercat Silk to unveil his mystical EP Shadow Settles. This drop comes shortly after the release of his melodic house single “Horizon“. This EP showcases Odsen’s finesse in progressive and organic house music, and features two new tracks, along with two extended mixes. Inspired by the atmosphere of early autumn, the soothing package captures the fleeting sensations of warmth as summer draws to a close. The deep basses, soft chords, and gentle keys mix perfectly with the bright arpeggiators, creating a serene and vibrant soundscape. “You Keep Breaking” arrives as a beautiful progressive house offering, with the crisp organic percussion and mellow vocals forming a flowing melody, while the orchestral strings add cinematic depth to the record.

Odsen made his debut on Monstercat in 2020 with the release of one of his most popular songs, “Heights“. He has appeared on Monstercat a handful of times since then, and continuously supplies well-rounded, gratifying tracks to the industry. You may know Odsen from one of his other renowned songs, “See The Sunlight“. His staple sound consists mostly of deep and progressive house, and he gains inspiration from legendary artists such as Armin van Buuren, Sigur Ros, and Royksöpp. Odsen joined the scene in 2017, and his endless curiosity surrounding music production has brought him to where he is today. His works have been supported by the likes of Solarstone and other progressive and trance talents. Odsen still has so much to share with the world, and he looks forward to more fire releases via Monstercat.

Regarding Shadow Settles, Odsen shares, “Inspired by early autumn, this EP is my soundtrack for future summer nights. I’m immensely honored to release it on Monstercat Silk. A lot of work was put into it, and I really hope you enjoy it as much as I do.” 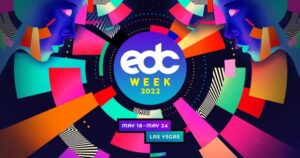 EDC Week Is Heating Up
The keystone of music festivals is rapidly approaching, and EDC…
News

Odsen Transports Us Back To Autumn 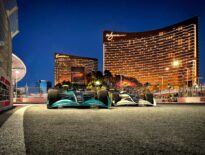 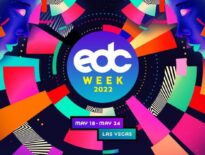 News EDC Week Is Heating Up
0