Landing 6th place on Billboard’s Top 100 Dance Songs is Lose Control by Meduza, Becky Hill and Goodboys. This single follows up on Meduza and Goodboy’s latest release, Piece of Your Heart. The official music video has over 10 million views and its no wonder why. The effort that was put into the overall production is insane. Watch the official music video for Lose Control below…

The video was shot in Turkey, particularly in the abandoned residential area of Burj Al Babas located near the town of Murdurnu. In the beginning you see hundreds of buildings resembling the look of small castles. The designer intended just that with the residential area before the economy went underway and he was forced to enter bankruptcy.

From the look of miniature castles to long outdoor stairwells, there is a strong presence that resembles the mood of early Renaissance art. The frozen actors that play a part of the video remind me of the famous art piece, The Delivery of the Keys to Saint Peter. Notice the similarities between the three pictures below…

As you can see above there are definitely some similarities as well as differences. There is a modern twist that Black Dog Films took on this approach and I think it’s all the rage. The buildings are fairly different however they do have similar moods between the dome ceilings and stairwells that fall under the blue skies.

The song itself gives you a feel over a few different genres: house, EDM and pop. The track moves you behind its lyrics to give you a sense of commitment towards someone. Becky Hill sings about the topic of self destruction and having someone to be there to call on during toxic times.

She was immediately into the mood, writing verses and pre-chorus.

Above are some of the main lyrics from Lose Control that Becky Hill sings. As you can tell there’s an aroma of loneliness and self destruction in regards to the question, “could you be the one to call when I lose control?”. I believe this song is incredibly inspiring to someone who may have a hard time letting go and putting their trust into others. The lyrics are intense however the 4 artists do a great job to keep the melody upbeat. Whether you’re looking for a song to add to your favorite playlist or to listen around the house, I strongly encourage Lose Control. 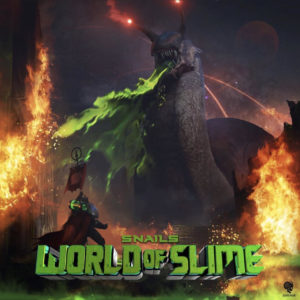 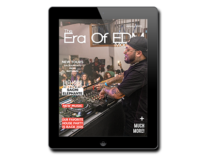 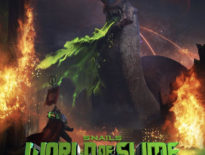 News Getting Slimy with SNAILS
0