Kat Von D is a popular name in the entertainment industry. From starting her career as a tattoo artist, she made her way through TV, movies and video-game cameos as well. The diverse portfolio of this 39-year old has always helped her to stay on top in the music industry in one way or another. With her debut album, ‘Love Made Me Do It’ on the waiting list, the absolutely badass premiere of ‘Fear you’ has us in awe.

She wanted to make an outstanding story line that represents violence to help people understand that it is therapeutic and not self-destructive. She has depicted the pain of heartbreak in her music video. However, it also emphasized the importance of having the right support around you. Finding friends who can engage you in healthy activities is a blessing. In the video, Von D is one such friend who leads her friends out of the pain.

Visuals and acoustics of Fear You

The visuals of Fear You align with the lyrics of self-exploration and the idea of overcoming internal fears. Acoustically, the music fits the criteria of the goth or synthwave. Doubtlessly, it showcases Von D’s sonic talents as she has a commanding coolness and grip on the vocals.

In a press statement, she addressed the public and said that the music represents the build-up that happens during a dysfunctional relationship. She further explains that the main point is to highlight a positive way to release the pressure valve.

It starts when Von D encounters her bandmates to realize that they are facing some relationship issues. Instead of playing music with them, she loads everyone into her ‘57 Chevy and takes them on a long trip. Then, she pulls on the middle of the desert where she has some fragile glass creations to be smashed with spiked bats. The whole narrative is to tell people that it is okay to face relationship issues. But it is most important to get out of them and defend your heart.

With that, Love Made Me Do It will be out on August 27th. It will be featuring guest appearances from Dave Grohl, Linda Perry, Danny Lohner and Bauhaus’ Peter Murphy.

Watch the video of Fear You below or click here. 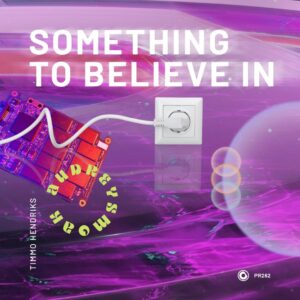 “Something To Believe In” by Timmo Hendriks
Timmo Hendriks Who doesn't obsess over an uplifting, progressive love…
Magazine 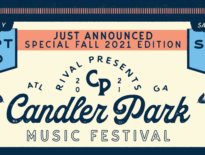 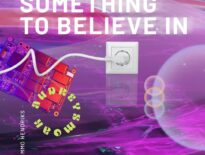 News “Something To Believe In” by Timmo Hen…
0