In the music industry, its rare to come across an artist that is true to his music as he is to his brand. Tim Wu, professionally known as Elephante, exhibits what it means to follow a passion and break barriers.

From progressive house to pop, Tim has brought back his own songwriting with the debut of “Diamond Days”. Fans can expect to hear Elephante incorporate more singing in his live sets. However, those that attended Lollapalooza were able to hear the new single before its release date.

I got the chance to meet up with Tim the first day of Lollapalooza, check out our interview below!

“What are your thoughts leading into your new tour and what are you most excited about?”

“It’s called the Diamond Days Tour based off of my new single “Diamond Days” and I actually played it for the first time today, which was really cool. There’s going to be a ton of new music, complete new stage design, new visuals and we’re really just trying to build a special experience for everyone. We did a big tour last year for the Glass Mansion album and it will be continuing in that way but diving in further. I’ll be singing a lot more and we’ll be doing everything bigger and better. There’s just a lot of new music and I’m excited to share this next phase with everyone.”

“For sure, that’s a big movement, I’m excited to see the tour play out. Can you tell me a little bit more about the 3-D visuals you’re incorporating into your sets?”

“Yeah I work with an amazingly talented 3-D visual artist. It’s one of those things where we work together to come up with the right vision. Earlier in my career I really wanted to do everything myself but then I feel like I leveled up once I started working with people like him which allows him to create these super live visuals.”

“That’s really cool that you’re giving him that creative freedom to go with what he wants while it suits your style. It says a lot about you and what you want for him as an artist.”

“Yeah because you know it’s all about creating a shared vision and a shared product. It’s bigger than just its being, it’s about putting the right people around it and creating something special.”

“While you’re making your mark on the scene right now where do you think dance music is headed?”

“The thing that I love about dance music right now is that it’s splintering into really unique voices. The people that are successful are really just in between genres. It’s not like ‘oh he’s the third biggest progressive house guy’ and everyone sort of has their own sound-like what do you call Louis the Child, right? So really it’s like that, the fans are a lot more sophisticated now a days. They’ve heard everything so you really have to come up with something special and not just be the 5th guy that did the same sound as the ‘famous’ people. I think we’re moving more towards a genre-less kind of stage where electronic music is more of a technique than an actual genre. You’re creating music with computers, it’s not like all electronic music is fist pumping and rave like.”

“I was catching up with one of your earlier interviews-and I know that the piano was one of your first instruments you learned, however you mentioned not being able to really enjoy it in the beginning. Coming from myself, I also grew up on the piano and felt the same way so I want to know your thoughts on why you think it was hard to fulfill that instrument at that time.”

“It was just the frustration where you have music you love and that’s why you started but you sit down and hit a note and realize you want to play all this dope stuff but you don’t know how so you’re plucking around and it sounds like shit which isn’t fun. However you have to get through the initial ‘I don’t know what I’m doing, this sounds bad’ period, but once you start playing stuff you like, it becomes fun.”

“You had an internship at a recording studio in Boston, do you think that helped you progress as an artist in any way?”

“I don’t know if that particular internship taught me anything super specific that I’ve used but it was more of just being out there and doing everything you can. It’s a microcosm for trying to make the music industry where you’re going to think you have a lot of opportunities or be excited about a lot of opportunities that are not going to adhere to anything. You just have to put yourself out there and you just have to do it. You know, it’s going to suck a lot of the time but going out there you give yourself the chance to be successful and have the matter. So I learned what it was like to be around a studio, how to wrap coil chords and that didn’t make or break my carrier, but just being out there and knowing I was doing everything I could to be in the culture and giving it as much as I could was enough for me.”

“As a producer now, if you could give yourself some advice when you were just starting out what would it be?”

“Well first that would be so great.. but I’d say to trust yourself, don’t try to make things just because its popular and don’t try to follow someone else’s career. Just make what you’re excited by and do the best you can-don’t try to make it fit a formula. It sort of took me a long time to get over that wall, ‘so-and-so does it like this so maybe I should do it like that too.”

“There’s a lot of respect in that as well, I find that it truly shows in artists’ music when they’re doing it for passion vs a means to make money and gain fame. When you’re on stage it’s obvious you have a lot of energy and you’re purely enjoying what you’re doing-it’s refreshing to be able to see that. To me a genuine artist is someone who goes beyond their music-it’s someone who has a strong backbone when it comes to their fans and putting that effort in to go further.”

“Having fans is the craziest shit ever, it’s something you really want to honor.”

“I know you went to Harvard, so how was that transition from the university to music and how did your parents react to that?”

“I was doing a ton of music on the side so making music has always been a part of my life. Going full time was obviously huge, quitting my full time job and focusing on music was a big leap but I was at the point where I was like ‘If I don’t do this I’ll never forgive myself.’ I didn’t want to look back and wonder ‘what if.’ It wasn’t even a decision at that point, it was just what I had to do and I think my parents understood. They were obviously worried but at that point I knew that was the move I needed to make.”

“Besides music, in the future do you see yourself getting involved in any other outlet?”

“Yeah, I scored my friend’s short film for the first time last year and that was a cool experience. I’ve been drawing a lot and doing a lot of digital art, music will always be my first love but I’m always looking for different ways to express myself.”

“I know you’re into design and fashion, so talk to me about what you’re wearing.”

“Uhh it is a fit, it’s a lot. I’m wearing some motor cross pants, I don’t know the brand but they’re vintage and my shirt is a vintage Michael Jordan t-shirt. I’m wearing Off-White Nike shoes with my tie dye RipnDip socks and then my over coat is also from RipnDip. This is a bandanna I got from Portugal. There’s a lot going on.”

“I hear you love to grill, so tell me what you enjoy cooking and what’s your favorite dish?”

“I’ve been really into smoking meats, I actually bought a smoker and put it out in my backyard so I’ve been doing a lot of that. My go to is a bone-in pork shoulder with a good marinade. That’s if I’m not working that weekend, I’ll have the boys over we’ll just throw a ten pounder in there and have some drinks.”

“Where did the inspiration for cooking come from?”

“Well really watching Emeril as a kid, I loved Emeril. Even as a kid I would ask my mom if I could cook and chop garlic. It’s just something I do to relax and chopping vegetables is one of those things that I find very satisfying.”

There is a lot more to see from Tim along the way. You can keep up with his journey on Instagram, @iamtheelephante and on Twitter @iamtheELEPHANTE. Be sure to check his tour dates below to see if he will be in your city. 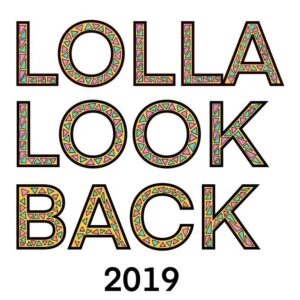 Lolla Look Back ’19
Your official after guide to Lollapalooza 2019! Discover places to…
Interviews 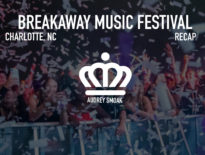 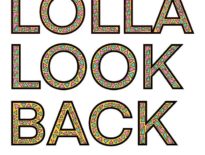