Breakaway Music Festival is rapidly growing its audience through its wide spread of musical genres and multi-city venues. The festival made its second debut in Charlotte, NC this year with headliners such as Future, Lil Baby, Illenium and Kaskade.  Check out the official lineup below.

Future had the crowd singing along to his 2015 release “Diamonds Dancing” before he even appeared on stage. It was clear his fan base came out to support him at Breakaway where he performed hit songs “Draco”, “Wicked” and “Same Damn Time” to name a few. Other performers joined Future on stage to dance and hype up the crowd, which brought an abundance of energy on stage.

The artist soared through each of his hits, combined them together and exhibited each of his personas such as Future Hendrix, Pluto and Astronaut Kid. He ended his set with “Low Life” after taking his crowd through his own discography.

Lil Baby paved the night for Future to perform. He took the stage and performed famous tracks “Baby” and “My Dawg” to name a couple. Baby also brought live dancers on stage, similar to Future.

Fisher dominated the stage with strong waves of house music that left the crowd wanting more. His use of laser lights matched the tone of each track and the audience lost their minds as soon as he played “Losing It”.

Kaskade started the night with confetti and his 2018 release of “Fun”. He flipped the song into an upbeat rhythm that had the crowd jumping up and down. The entire set was rendered with a touch of house and his visuals were filled of warm colors that kept the audience intrigued. Through his sample of “Levels” by Avicii it had seemed he touched the crowd-the energy became more livid as his visuals of static lines and squares floated through space.  Kaskade closed the night with “Something Something Champs”.

Leave it to Illenium to have you in your feels one second and head banging the next. The opening of his set was the intro to his Ascend album, “I Care”.  From “Crawl Out of Love” to sampling RL Grime’s “Reims”, he closed out the festival with trancy leads and grimy drops.

The crowd sang along to his sample of “Say It” by Flume and incorporated purple laser beams that welcomed heavy bass to the audience. Illenium sampled other artists like PhaseOne and Effin. He ended the night with confetti, fireworks and a dirty bass drop.

Breakaway brought in some great interactive exhibits this year including a roller disco, Ferris wheel, silent disco, and an awesome art installation.

There will be plenty to come from Breakaway Music Festival in the years ahead. Be sure to follow them on Instagram (@breakaway) to keep up with the latest news! 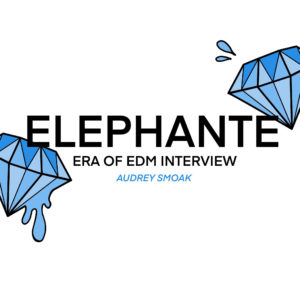 Elephante Interview 2019
Photo by Turk Photos In the music industry, its rare…
News 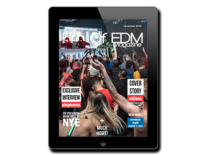 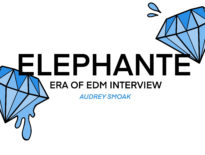