Israeli electronic duo Riot, Tom Davidson and Daniel Magid, are breaking the barriers of the EDM scene in mixing heavy dubstep tracks with bass house, glitch hop, trance and even hard style. Their original sound won hearts of thousands of fans worldwide while their live performances bring an enormous energy and make the crowd, quite literally, “riot” in the way of moshpits, jumping and singing along.

We got to sit down with them and chat about their passion for electronic music, stereotypes about Israel and a process behind writing a well rounded track plus so much more!

Read or listen to our interview below!

So you guys chose the name Riot from the energy your shows and music seem to initiate, what is it that helps you guys to bring that energy to the table?

Tom: Actually in the first place we chose the name Riot because we were trying to find a name that actually describes what we’re trying to bring to the table. So basically when it comes to our music and also when it comes to our live shows, it’s a riot. So it just felt “right….. ri-ightt… Riot” to choose this name. But yeah, you probably already know that there is like billion different riots so we could go back would probably choose differently,

Daniel: But obviously we’d choose a different name. Yeah. So it was a bad decision.

What would it be?

But there is only 2 of you!

Tom: Probably something made up, so you know, the thing is like when you search on Google, so that’s going to be like the only result. Like Skrillex! You know, like, you can’t find anything that relates to that. But we’re like too much invested already, so we have no other choice other than to be the biggest “Riot.”

Daniel: So that’s how we look at it now. Yeah, it’s too late to change. Let’s just do what we do and become…

Daniel: Yeah. As much as we can.

So the music scene in Israel is completely different than here in the US. How was it to grow up there and pursue music full time?

Tom: Not easy. Not easy. Yeah. the thing is, I think we both grew up in a way that we felt that we did not belong to the place we grew up in. Like you know, when it comes to culture, when it comes to arts, when it comes to music. So we always think differently. And I think, you know, the second that we decided to do what we have passion for, we knew it’s not the best choice because we live in a small country, and we always aim to get where we need to be or where it feels right…so that’s why we moved to LA almost three years ago.

What is a common misconception most people that haven’t been to Israel have about it?

Daniel: That we have the internet

Tom: And we don’t ride camels!

Daniel: People think we ride camels and it’s not a fucking desert. And eat hummus all day.

Tom: People literally think that we ride camels and we live in the fucking desert.

Daniel: “Do you get Netflix in Israel?”

Tom: That’s the question. That’s like common. Yeah. It’s more progressive and liberal actually than most countries. We had a female president 30 years ago, so we’re doing well over there.

Do other Israeli producers like Borgore or Infected Mushroom have influence on your music?

Daniel:  Infected Mushroom for sure. Yeah.

Tom: They also helped us to get the artist visa!

Daniel: They’re very good friends. Borgore as well has been very kind since we moved to LA.

Tom: Actually the first 4th of July that we had was at Borgore’s mansion in the hills. That was like a week after we moved to LA. He invited us. It’s really nice.

So Daniel, with both you and Borgore having a background in metal and hardcore, have ever talked about a collab or gotten together to jam?

Daniel: Actually no! But maybe that should happen. So if he’s reading this, I’d implore him to come forward and hit me up for sure. I’d be happy to.

Tom: Slide in my DMs!

What are some things it really takes getting used to after moving to the US?

Daniel: Getting used to?…I don’t know, honestly, it’s kind of better. So it’s not getting used to as much as just having fun, and eating cheap and I don’t know, going out, having a bunch of other producers that have the same passion as you and same goal as you and linking and networking. And it was more than we expected because when we were back in Israel, we were kind of worried about the transition. Would we fit in with this? Is this the right call? But I guess that two days in we were like, okay! this was the right call to me.

Do the shows that you play in the US and other countries have similar energy or are they different?

Tom: I think it’s different in every place that we go to. But it’s not necessarily better or worse, it’s just like unique in a different way. But what I think, I can speak for myself, that what I find really amazing is the fact that every single place that we go and we play, once we drop our originals, the crowd actually goes nuts. Like they actually sing the melodies and everything, I think this is a common thing that all the places that we go to have. Some of them are more rowdy and they’ll do mosh pits and stuff. Some of them are more like hypnotized and just like look at you and have like the full experience with the screens and everything. So I don’t know, from our experiences so far during this tour… It’s been really, really, really special experience.

Daniel: I think when we got here we took part in the “Discovery Project” by INSOMNIAC and we won and we got to play Nocturnal. That was our first show in the U.S. That was the first show and we got that first opening slot and we were kind of like grateful obviously for getting to play, but we were afraid that no one would be there. So we started our set and as we were going, people started to come in and by the end of our set it was packed and it was an amazing experience and actually after us was Illenium, he was the next act.

Tom: We played 5-6 and back then Illenium was like an up and comer, so he played 6-7, I’m not gonna lie to you, it helped us with the turn out, but you know, it was a really, really cool experience.

Is there a specific track that you like to drop the most in your sets?

Tom: “Overkill!” Yeah, “Overkill” is definitely a highlight in the sets and we also close every set with it. Like we seal the set with “Overkill” but I think probably the second one will be “The Mob.” Yeah. Because you know, like we call our people “The Mob” like the “Riot Mob”. And I feel like when we play this track, even if you fly solo or you came with a group of friends, it just unites everyone to just like one big mob and it doesn’t matter where we play, we see it everywhere.

That’s amazing. It’s becoming more common lately for younger artists to stray away from writing complete songs and focusing more on the initial drop, where you guys always tend to compose complete well rounded tracks, what advice do you have for newer artists that think “I just need a decent build up and a banger for a drop and I’m good” when writing?

Daniel: That’s a great question. Our whole philosophy behind the music is the whole story, the whole thing. And sometimes it’s a powerful drop and an okay intro and that’s fine. But sometimes, if you want your music to say something and last more than a month on charts, you need to put in some extra time and focus and really communicate what you want to say. And it’s not always through a drop. That’s something that’s really common. I know a lot of the music nowadays sounds the same, especially like the whole Riddim trend, which is basically not a trend even because I don’t think it’s going away.

Tom: I think that what we’re trying to bring to the table is basically a journey. For most people… If you look at their track length, it’s probably going to be around like 2 minutes 30 seconds to 3 minutes 30 seconds. Most of our songs are longer than 5 minutes.

Daniel: It’s a 2 minute, 3 minute track, but it starts over in the middle. So it’s like a copy – paste kind of thing.

Tom: We’re just trying to create an experience, like a journey. I want someone to listen to it in like five years, 10 years and 15 years from now and remember how it made him feel the first time he heard it. You know?

Daniel: Yeah. You can make a decent track in 3 days or you can make a really good track in 3 weeks or 3 months in our case. It’s up to you. Not to toot our own horn, but I think it’s worth that extra time that you put in to really make it standout.

Do you think having a background in metalcore helps write a complete track?

All right. Awesome. Thank you guys so much. 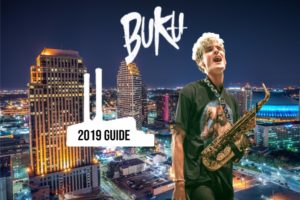 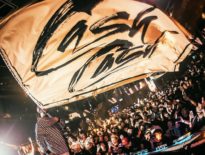 Interviews Cash Cash Talks About How It All Started, “T…