Russian producer, Biicla, released his latest remix off of Whethan’s debut album, Fantasy. Biicla and Whethan first met at music festival, Holy Ship and the collaboration has been overdue since. Not only does the Russian producer draw creative energy from Whethan, the Chicago native is equally inspired…

Biicla and I first met at Holy Ship. We kicked it the whole weekend and played each other some tracks we were working on. He’s a great dude and since then I’ve been consistently inspired by everything he’s been doing.

The remix is still fresh on the charts since being released on February 12th and it’s available to stream on all major platforms. Before I give you the run down on the track and Biicla himself, take a listen below.

Biicla is a multi-instrumentalist, producer and singer-songwriter from a small town in Russia called Laytnangi with a population short of 30,000. His success has recently caught the attention of many in the US. This could wildly be attributed to his trendy mix of future bass and house influences. The artist shares his wealth of knowledge across the electronic music spectrum in his debut project, “No Place” which is linked below. You can listen to the wide variety of genres Biicla has been able to manifest and make his own since beginning his career.

Drawing back to the release of “Hurting On Purpose”… The track starts off with a verb-like filler while it builds up to drop into the chorus. However, gearing far away from a mainstream remix, Biicla uses K.Flay’s vocals to create a repetitive rhythm that smoothly bounces along the verby beat. It’s easy to say that his taste for distorted sounds is perfectly placed throughout the remix. He re-introduces a segment of the chorus right past the middle marker in a way that compliments his twist on the overall song. The lyrics “I don’t feel alive in the middle, not even just a little bit” are really felt against the tone of the music, especially with K.Flay’s prominent vocals leading the story. The track shifts to a clear beat and the reverb fades while the topic of drinking and smoking is introduced to recall the toxic behaviors of something similar that numbs our pain while being aware of what it does to us in moments of heart break. The reverb returns with soft overlays that provide a special touch while elements of house music are brought in to close the track out. As the overlays grow stronger, you’ll find yourself picking up your phone to replay Biicla’s latest remix. To paint a picture, I think this song would be good in almost any given situation-blast it in your car, the shower or at a fun get together with your friends, it’s definitely worth every listen. If you want to compare the remix to the original version, I’ve dropped a link below. 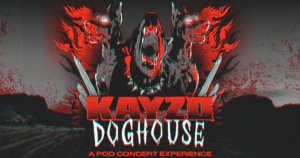 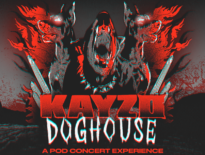