Mystical French DJ Malaa has dropped his debut album Don Malaa. Consisting of 14 songs, this album brings collaborations from a variety of artists like DJ Snake, Tchami, A-Trak, and even rapper Ghostface Killah. Known and loved for his deep house bass, we see Malaa expand beyond his signature style in this album. Two years of passion and artistry have brought us to this masterpiece album, a composition of Malaa’s best.

This masked producer’s true identity has been an ongoing debate, but there’s no question that he makes some killer music. His journey began on Soundcloud, where he gained popularity through his ghetto house Who is Malaa? remixes. Malaa broke through the scene in 2016 with the drop of his renowned single, “Notorious“, which currently has over 40 million streams on Spotify. Malaa signed to Tchami’s label, Confession in 2016, and started dishing out music. We’ve seen him collaborate with tons of other artists, and he’s even a part of the Pardon My French team, composed of DJ Snake, Mercer, Tchami and himself. What we’ve gathered through the years is that Malaa’s potential is infinite, and Don Malaa is the album that everyone has been waiting for.

Malaa has been steadily releasing singles to get the collective hype for this huge drop. A high point of this album is the range within it.  From hip hop-influenced tracks like “Outcast” featuring Fivio Foreign to punchy bass in “Deep” with DJ Snake, this album makes for a compelling listen. For those wishing they could hear it in person, listen to this. Malaa announced via Instagram the Don Malaa Album Tour, which is taking him all across North America over the remainder of 2022. He’ll be accompanied by a handful of special guests, including ACRAZE, Wax Motif, Born Dirty, Nostalgix, Habstrakt, and more. He’ll be hitting two cities in California, Los Angeles on December 2nd and San Francisco on December 3rd. Sacramento was already blessed with a Malaa appearance back in September, where he put on an exhilarating performance at the Sacramento Railyards.

Ultra Miami Shakes The Scene With Striking 2023 Festival Lineup
Ultra Miami always delivers on an electric event, and the…
News 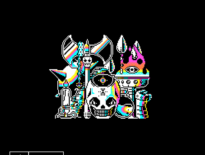 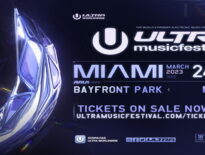