Hardstyle legend KAYZO has turned this Friday into a Fri-yay with the release of his third album, New Breed. As the title suggests, this 20-track release kickstarts a new era in the already meteoric journey of this LA based DJ and producer. Known as a pioneer in the dance/rock crossover scene, KAYZO has composed a groundbreaking album which seamlessly blends the two genres. Each track features artists KAYZO respectfully categorizes as “the names of the future”, who help to intertwine the tracks into a controlled frenzy. Featured artists include Ghøstkid, Out, PhaseOne, Aaron Pauley, Banshee, Jiqui, ATLiens, Kamiyada+, Siiickbrain, Poorstacy, Bvlvnce, Blosso, Connor, Cray, De’Wayne, Kala, SpaceMan Zack, Seon. New Breed is now available on all streaming platforms, and definitely warrants an uninterrupted listen.

The last decade has shown us the rise of this talented artist, and provided the collective with a wide variety of badass tunes. After winning Insomniac’s Discovery Project in 2012, KAYZO caught fire in the scene. His rework of Papa Roach’s “Last Resort” broke barriers between mainstream electronic and heavy metal. He’s performed at Coachella, Bonnaroo, Tomorrowland, and Lollapalooza alongside Alex Gaskarth, Knife Party, and Tommy Lee. Blazing a thriving home for rocktronic music, he launched Welcome Records in 2018. His debut album in 2018, OVERLOAD, carved shows in Southeast Asia and Europe that year. KAYZO’s explosive 2019 sparked a 15-track sophomore album, Unleashed, featuring Of Mice & Men and Matty Mullins of Memphis May Fire. His Unleashed Live tour set off with Sum 41 drummer Frank Zummo across 12 North American cities. Recent songs like “Suffocate” ft. Bad Omens, and “DOMINATION” ft. Papa Roach and Sullivan King, have accumulated millions of plays. KAYZO is just as hype as we are for the drop of this album. Check out his inspiring documentary, which details all that New Breed means to him.

“New Breed is about the next generation. The turning of a page. The continuing journey of KAYZO and the constant progression of evolution of my sound within the many layers of what makes me who I am,” says KAYZO. “Pushing myself and others to continue blur the lines of what we know as dance music and what we know as rock. Meeting in this grey area of the two worlds and not knowing what side is what. New Breed is the shedding of the old and celebrating what’s to come.”

A new beginning brings endless possibilities. KAYZO is truly an artist for the people, and we can’t wait to see what this chapter entails. The New Breed Tour kicks off on July 2nd in Portland, with stops in some hotspots like New York, Boston, San Francisco, and Denver. For up-to-date info and the release of additional tour dates, check out www.kayzo-music.com. Until next time, happy listening! 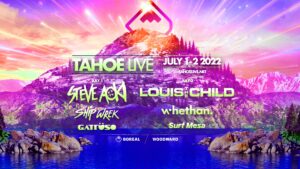 Tahoe Live Set To Kickstart Independence Day Weekend
Tahoe Live is all the hype right now, and this…
News 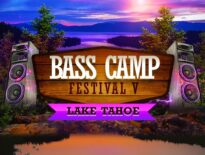 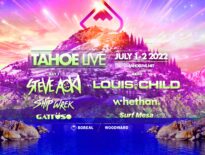